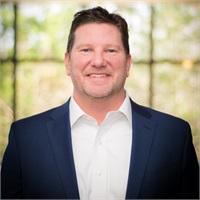 Brian has been helping investors reach their goals for more than 23 years. His career and passion for investing had an interesting beginning. In 1991, after 3 semesters studying architecture, Brian picked up a book at Hudson News on a flight to Denver. That book was Peter Lynch’s “One Up On Wall Street”. Upon returning to Miami University a week later, Brian promptly changed his major to Finance. While architecture was (and still is) fascinating to him, he recognized that investing was where his passion resided.

After graduation, a short stint with a commission-based firm made it clear to Brian that “cold-calling” was not for him. He then spent nearly a decade at Charles Schwab & Co. Initially, he served as a stock & option trader in the firm’s Indianapolis hub. Later, he was selected to the task force that was to lead the firm’s first foray into guidance & advice. That project was more than enough for Brian to recognize his career plan.

Brian has earned numerous licenses and designations throughout his career.  He will continue to expand his knowledge base.

Brian and his wife Amy have resided on the west side of Cleveland since 2000. Until they started their family, they considered themselves urban pioneers with homes in Tremont and Ohio City. When they welcomed their first child Caroline, they transitioned to Bay Village (where Amy grew up). Soon after, they were blessed with their second child, James. Two dogs, Lucky & Riley round out their family unit.

Brian enjoys cheering for (and often coaching) his children in their athletic and academic competitions. Traveling, golfing and cooking round out his interests and hobbies.